“The Chariot Club Ltd.”, formerly known as “The Macau Trotting Club Members’ (HK) Association Ltd.”, is a non-profit making organization which was established on 8th August 1981 by 21 Macau Trotting Club members.  These members, who constituted the Club’s first Board of Directors, came from different social backgrounds.  Among them were lawyers, architects, accountants and successful entrepreneurs who contributed their professional insights in helping to build up an ideal club. 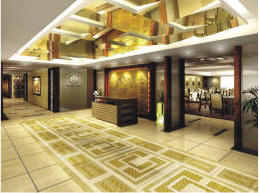 In founding the Club, it was the objective of the Board of Directors to provide a clubhouse conveniently located in Hong Kong where members of the Macau Trotting Club could gather, exchange their opinions on the sport of trotting and promote mutual understanding.        The Club started in a 3,000 sq. ft. premises on the 9th floor of Entertainment building in D’Aguilar Street, Central, and could entertain up to 150 members and guests at that time.  In those early days, business was slow because of lack of facilities; therefore, we could only accommodate a small number of members.  In order to provide members with a bigger and more comfortable dinning environment, we moved the clubhouse to Manning House a year later, in October 1982.  Since then, a larger number of members have been admitted and the Club has grown gradually and the business has increased dramatically. 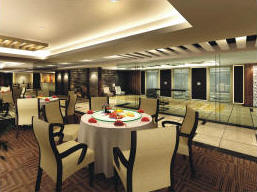 In August 1988, the Club changed its name to The Chariot Club Ltd., for the simple reason that the Macau Trotting Club was no longer engaged in trotting.  Since we were an independent non-profit making organization owned and run by our members, we found it inappropriate to carry on using the old name.

After a consolidated growth, the membership of the Club has reached saturation point.  In view of the limited capacity of the Clubhouse, the Board of Directors has decided to move the clubhouse to Sin Hua Bank Building in 1997 and the Club has been developed steadily thereafter.  In May 2006, the Clubhouse has been moved to Melbourne Plaza in order to provide our members the finest and comprehensive Chinese and Western cuisine in a convenient and comfortable place.  The new Club premises occupies an area of more than 25,000 sq. feet, which comprises two stories and features with 2 greening terraces.  Besides the delicious cuisine, members may also enjoy a moment of peaceful and leisure time in the greening terraces during a busy business day.

In past 20 years, much effort has been made to expand the Club’s facilities and activities for members both within and outside the Club premises.  We have organized a number of activity programs, such as "Membership Gathering", "Golf Tournament – The Chairman Club", "Charity Dinner" etc…  All activities have received encouraging support from members and their families.

In the past few years, the economic recession in Asia creates unfavorable climate for business operation; the Club still sustains its good record of performance under such situation, all because of the continuous support of our dearest members.  The Club will endeavor to put all efforts to explore more opportunities, activities and to render excellent services to members in the future.